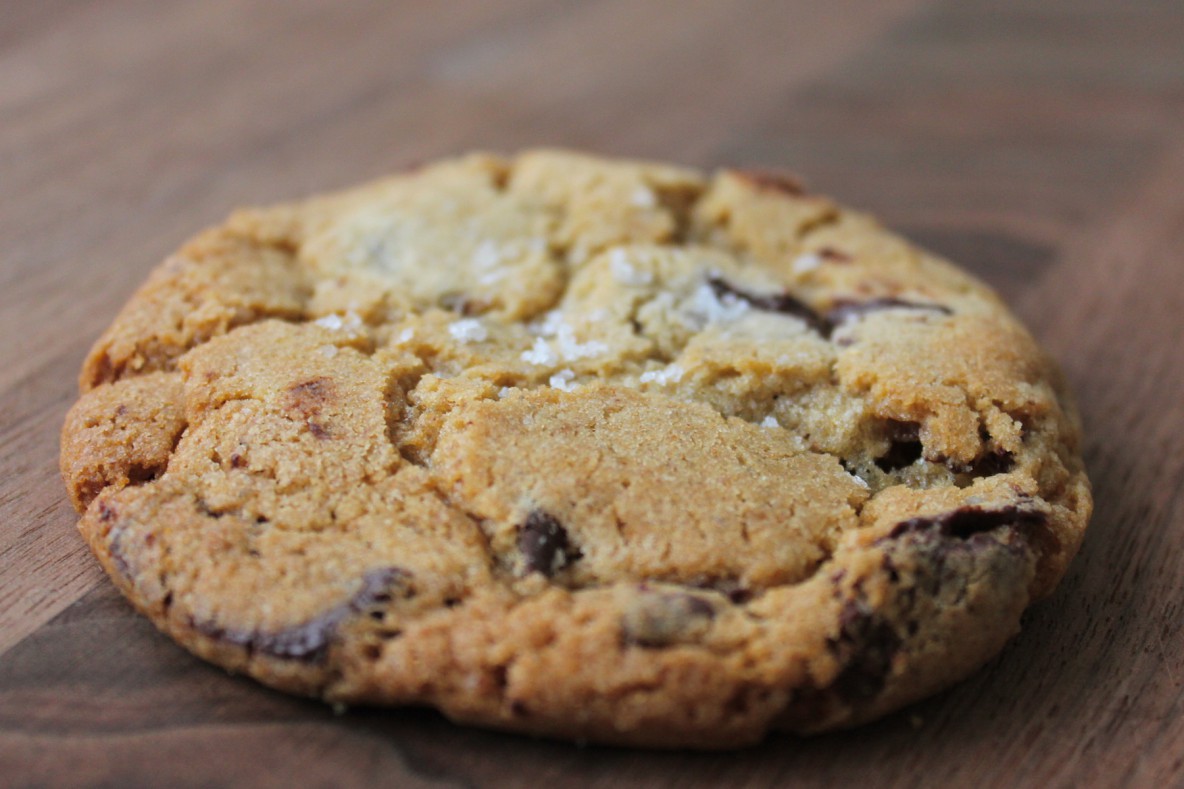 This post was authored by Benjamin Maring, a Resident Physician at Kaiser Permanente who is studying in our one-year Interdisciplinary MPH program and who is a Spring 2014 Eat.Think.Design. student. He created this narrative as a part of our most recent out-of-class assignment. Students blindly selected one of five food prompts and were asked to interview a stranger about that prompt. The five prompts were: lard, corn, msg, McRib, guacamole, and taco.

And, behind door number five is… LARD! (Internal applause and rejoicement) Being a product of the 1980s “low-fat” and “fat-free” era, and now equipped with a medical education, I am supposed to scorn lard as health’s antithesis. I am intrigued, however, and excited to learn more. In thinking of how and where to find someone to interview on the topic, I took a literal leap and decided to visit a local butcher. I had only very basic knowledge from culinary school about lard – lard is from pig fat only; ‘leaf’ lard – from around the kidneys – is the best for pie dough). Prior to finding an interviewee, I did some rapid internet research to learn a little bit more about the preparation of and uses for lard. Given the seemingly informal nature of the assignment, I decided to go with a more conversational, unstructured approach for the interview itself, not preparing any questions or single-word clues ahead of time. Early Tuesday morning, shortly after the 9am opening, I went to a local butcher shop. As I had hoped for, the store was empty and two butchers were working, one breaking down pigs and one standing behind the counter. I approached the man behind the counter and introduced myself, the Eat.Think.Design. class assignment, and basically asked him if I could briefly interview him about lard. Azzi, 29, an Oakland native and four-year vet at the shop, happily obliged and we talked about lard, stocks, and each other for about 10-15 minutes. Ideally, I would have scheduled a time outside of his work to talk to him but he kindly spoke to me while he could have been working. Luckily, no other customers came in. I learned that the term ‘lard’ indeed only applies to pigs – rendered fat from other animals is called tallow or suet (beef), or, simply, fat (ducks). The butcher shop also carried the prized “leaf” lard, which is what got Azzi interested in lard in the first place – he had it in a pie crust once and it blew his mind. Azzi also recommended searing steaks in lard (it has a pretty high smoke point) and smearing the lard from the Mangalisa pig, a more rare Austrian breed, on toast. In talking to Azzi, I hoped to get at more of a life story but having found him at his place of work (and while working), I went less for personal story and more for lard-based questioning. I did learn, however, that Azzi and I both went to high school in Oakland and both have young daughters. I also learned that the meat and lard from grass-fed animals have a healthier fatty acid profile compared to grain-fed animals, and that lard actually has a lower percentage of saturated fat compared to butter. Also, it lends a subtle savory, but not overtly porky, note to sweets.

So, now with my half-pint of heritage leaf lard in hand (I couldn’t pass it up!), I think I will try my hand at making leaf lard and rye chocolate chip cookies! Adapted from Jonathan Zuckerman, at www.scientistcooks.com

Flaky sea salt, such as Maldon

Combine the flours, baking soda, baking powder, and salt in a bowl and whisk together. Set aside.

Combine the butter, lard, and sugars in the bowl of an electric mixer. Using the paddle attachment, cream the fat and sugar at medium-high speed until fluffy and pale yellow, about 5 minutes, scraping down the sides as needed.

Add the eggs, one at a time, until completely incorporated. Add the vanilla and mix well.

Next, with the mixer on low speed, slowly add the flour mixture until just incorporated.

Add the chocolate chips and mix on low speed until evenly distributed.

If possible, let the dough rest up to one or two days in the refrigerator to let the gluten relax and flavors develop. Cover securely with plastic wrap directly against the dough to prevent a skin from forming.

When ready to bake, preheat the oven to 350 degrees (325 degrees if using convection with multiple trays). Portion the dough in 1.5-ounce balls (about the size of a golf ball). Place on parchment paper-lined cookie sheets. Sprinkle lightly with sea salt. Bake for 16-18 minutes, or until the centers are just golden brown. Cool on a rack. Enjoy!